FAKE CHESS now has a sequel, FAKE CHESS: BOOK OF CHAMPIONS.
Both games are available in print at shop.seanpatrickcain.com.

Chess is a game of vast complexity and a 1500-year history.

Fake Chess is not.

Fake Chess players get to act like serious chess players without the burdens of chess strategy, chess tactics, or chess rules.

Live out your grandmaster fantasies … with Fake Chess!

Two players will sit down and face off, armed with nothing more than their chess pieces, a few scraps of paper, and an extremely limited knowledge of chess.  Using a very basic set of game rules and mechanics, these players will engage in what looks like an intense chess battle between two masters of the game.

It is dramatic.  It is silly.  It might be a real game, but it's definitely fake chess.

"Can you declare the NO-U Gambit in normal chess and wipe out the queen without having to move a piece? In Fake Chess you can. I rest my case."

Sean discusses Fake Chess with Two Can Play That Game
(Conversation begins at 44:00)

Fake Chess was created for #NotAGameJam2020.

In order to download this game you must purchase it at or above the minimum price of $5 USD. You will get access to the following files:

Support this game at or above a special price point to receive something exclusive.

NFTs are virtual. When you purchase this UnFT, you will receive a physical, one-of-a-kind, hardcover edition of Fake Chess and all of its supplements. It will come with a hand-painted chess set. It will be numbered and signed.

NFTs fuck up the planet. When you purchase this UnFT, I will spend 10 hrs doing environmental cleanup and beautification.  I will also plant 10 trees.  This work will be documented on a disposable film camera which you will receive with film undeveloped.

NFTs are steeped in exclusivity. When you purchase this UnFT, Fake Chess will become free for all players, immediately and permanently. If you wish to be publicly credited, you will be.

If can't afford to purchase Fake Chess but would like to play it, help yourself to a community copy.

If you appreciate the game, please consider leaving a 5-star rating.  A kind review or social media post can also go a long way.

Every sale contributes more copies to the pool.

Great game, we're going to try it out with my family over Christmas! Just so you know, pages 7-8 of the booklet print version both have the titles "What is fake chess" scrambled in the PDF. Looks fine in the SPC versions!

Thank you so much for letting me know. Hopefully I can figure out the source of the scrambling!

And I sincerely hope you and the family enjoy the game!

Thanks for the question! Two part response:

1 - The rule about the last piece captured is directly connected to the checkmate move. If a player captures all of their opponent’s pawns, they make it impossible for their opponent to checkmate. Keeping one pawn on the table means that there’s always a chance.

Fake Chess is a game that lets you act out your chess fantasy without actual knowledge of chess. The cleverly crafted rules let you re-enact nail biting scenes from your favourite chess TV shows and movies.

Hi, this is a fun idea, and many rules have already been cleared up here... Here's my question... can you see your opponents game and thus actively be trying to block them?

I’d say that’s up to you and your opponent!

I'm really psyched about the idea of this, but I can't quite visualize how it's supposed to actually be played. I'll keep trying to figure it out. Would love to see a video of it being played, if that's ever an option.

If there's anything in the rules that could use some explanation, just let me know!

(Play videos would be really cool.  I know some folks played it on Twitch, but I'm having trouble finding any record of it.  If it turns up, I'll be sure to share it!)

To me it was a bit confusing what the game sheets actually meant and I had to reread the rules a couple times. I think if you just made even a simple play video yourself where you played both roles, or had a friend to help, just to cover the setup and like 4 moves of actual play, it'd really clarify stuff.

I am agree with you. i would love that to have a clear idea of it. Rules are simple but i think i do not understand them prperly

What's the benefit of being able to move a different piece than the one you marked off?

if you don’t have the piece, you can’t mark/use the square.

if you’re making a beeline to the “checkmate” square, your opponent Can use this to slow you down. you can use the special move to continue uninterrupted.

if you’re trying to capture an opponent’s piece, this special move lets you do it, even if you don’t have the proper piece to use.

Rules are incredibly unclear in addition to being hidden away in one page of 50 identical looking pdf files.

anything i can clear up for you?

I haven't really looked into it yet. But which of the many pdfs do I need

All the individual Books are combined for the new Print Edition, so that’s the only one you need.

Hope that all makes sense!

A really interesting take on the game from Oscar / The Ugly Monster:

"Fake Chess is a ludicrous game of pretend. Strategy, or even process, is unimportant. The more shameless showman gets to bend the rules more. Whoever bends the rules more will likely win. Just like real life.

"Fake Chess is the game of our time. Most of the world’s Rich and Powerful aren’t all that special. They just convinced enough people that they were long enough to escape the “gravity” of public opinion.

I love this! I'm a bit confused about the sentence "When you do something, cross it off the list.". Is that just crossing things off the 'You May' list, or also the 'If You' list?

Thanks!  And the idea is that you’ll cross off anything you “do” from both lists.

(In the deluxe print edition, I also included some variants on those rules.)

(The entire game was built around me entertaining myself and continuing to ask "how ridiculous can this thing be?" ... so I feel like I know myself well enough to know that future Sean might not be able to let go of that cookbook idea.)

Thanks again for your support for & interest in this strange little game!  Cheers!

Hi. I'd test the game soon. In the meanwhile, here's my doubts after a reading:
- May I mark a square diagonally on the Game Page? Or with "touching" you mean "orthogonal", ie. vertical or horizontal?

Thanks for checking.  The latter: Squares should be connected by a side, so moving either vertically or horizontally.

I read it and I'm still confused so I'll just ask: Is a valid path to the destination space for a piece required or is it literally a case of go anywhere for every move?

Thanks for asking!  When you play Fake Chess, you do not need to follow any standard movement rules.  Pick up the piece, and plop it down on an empty square.

Hope that makes sense!  Let me know if you have any other questions.

That is how it read, but I just wanted to be absolutely sure I was playing as intended.

The best kind of rules are a complete dissociation from existing rules. Thanks for writing this - I will definitely have fun with it.

Awesome!  Hope you enjoy it -- and thanks for the reply!

So I can basically capture a piece from any position? Since I can move hower I want to

Awesome! Thank you so much for the clarification (and so fast too). Tried the game today and I love it! So silly, so fun. Going to check out the sequel! :)

You’re very welcome! Thanks for those kind words!

I’m pretty sure that if you dig Fake Chess’s core concept, you will REALLY dig the sequel. Let me know!

Hi! Are Players using the same sheet game or different ones?

By default, players can use different sheets.

In the back page ("Variations"), there's an option to have both players use the same sheet.  It makes for a more strategic, competitive game. 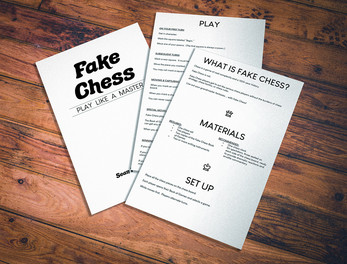 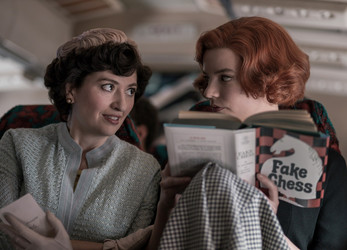 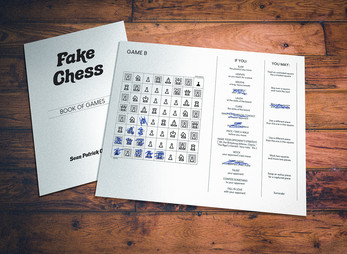 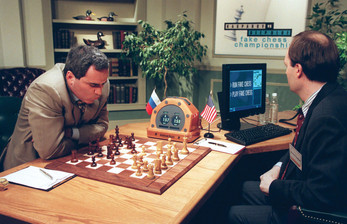 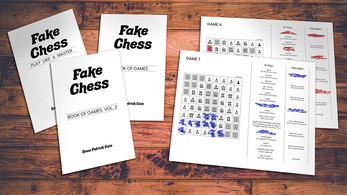 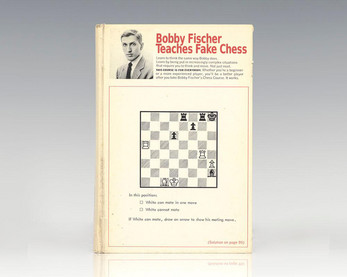